In late 2021, Elon Musk tweeted his fears about the end of humanity. “We should be much more worried about population collapse….If there aren’t enough people for Earth, then there definitely won’t be enough for Mars,” he opined. Musk’s statements brought the world’s falling birthrate to the forefront of social consciousness.

For nearly a century, fertility rates have been decreasing globally. The result is what scientists are describing as a “worldwide infertility crisis.” But there’s a solution looming on the horizon — artificial wombs.

In 2017, scientists created a “BioBag” that functioned as an artificial womb, and they used it to grow a baby lamb. Now, a new concept has been unveiled exclusively to Science and Stuff showing how the same could be done for humans. In recently released footage, Hashem Al-Ghaili shows what childbirth might look like tomorrow. Specifically, he created an artificial womb facility named EctoLife.

Its purpose? In an exclusive interview with Science and Stuff, Al-Ghaili says he thinks the EctoLife concept could one day supplant traditional birth. In so doing, he said society would finally be able to meet the needs of parents who are “tired of waiting for a response from an adoption agency” and those who are “worried about pregnancy complications.” But most importantly, he says EctoLife could allow us to confront the infertility crisis head-on.

Our need for a new form of birth

Currently, the World Health Organization estimates that 15% of reproductive-aged couples worldwide are affected by infertility. Indeed, over the last 70 years, fertility rates worldwide have decreased by a staggering 50%. Reasons for this decline include (among other things) women’s increased education, increases in employment, the high cost of raising children, and a drop in global sperm count. 23 countries are already at risk, with Japan, Spain, Portugal, Thailand, and South Korea at the forefront of the crisis.

In the U.S., infertility statistics are likewise sobering:

Replying to Musk’s tweet, the tech investor Sahil Lavingia wrote, “We should be investing in technology that makes having kids much faster/easier/cheaper/more accessible. Synthetic wombs, etc.” And that is exactly what Al-Ghaili was thinking when he came up with the design for EctoLife. Al-Ghaili told Science and Stuff that he was inspired to create the concept of EctoLife in order to further “the discussion around a technology that shouldn’t be ignored.”

According to Al-Ghaili, the artificial womb concept of EctoLife would be life-changing for many who struggle to conceive. “It’s a perfect solution for women who [have] had their uterus surgically removed due to cancer or other complications. It could also help solve issues that stem from low sperm count,” Al-Ghaili said enthusiastically, adding that the EctoLife concept (or technologies like it) “could ultimately make miscarriage a thing of the past.”

Synthetic wombs might sound like the stuff of science fiction, but they follow in a long line of advancements in reproductive technology. On July 25, 1978, a baby girl named Louise Brown was born at Oldham and District General Hospital in Manchester, England. What made her birth memorable was that Louise was conceived in a petri dish, and she is the first baby conceived through in vitro fertilization (IVF).

Louise’s mother had a mature egg removed from one of her ovaries, and it was combined with Louise’s father’s sperm. The resulting embryo was then transferred to Mrs. Brown’s uterus. Nine months later, Louise was born. The Browns went on to conceive a second daughter, Natalie, also through IVF. In May 1999, Natalie made history when she became the first IVF baby to give birth to a child of her own. In December 2006, Louise followed suit, delivering a healthy baby boy.

Today, more than 8 million children are conceived through IVF annually.

The 2017 BioBag was an enormous breakthrough in artificial womb technology. The scientists behind the work grew eight fetal lambs for 105 to 120 days — about equivalent to human fetuses at 22 to 24 weeks of gestation. Then in March 2021, another milestone was achieved. Israeli scientists were able to grow mouse embryos for up to eleven days inside artificial wombs. What is remarkable about that achievement is that 11 days is over half of the full mouse gestational term.

Al-Ghaili says the EctoLife concept is just the logical next step. And he’s not the only one who thinks so.

“It seems probable that we are only several years away from testing [aritfical wombs] on human subjects,” Social Ethics and Policy Academic Elizabeth Chloe Romanis wrote in the BMJ’s Journal Of Medical Ethics. Meanwhile, Dr. Carlo Bulletti, Associate Professor at Yale University’s Obstetrics, Gynecology, and Reproductive Science Department, thinks that a fully functioning artificial womb could be realized within the next 10 years.

The EctoLife video shows that the first step prospective parents must take is having their eggs and sperm combined via in vitro fertilization. This would allow them to select only viable and “genetically superior embryos.” Al-Ghaili clarifies that genetically superior embryos are primarily those which are free from genetic issues that would result in miscarriage. However, he notes that the process could also be used to “screen for birth defects,” as is already common practice in most IVF treatments.

But that’s not all.

This would also offer parents the ability to “genetically engineer the[ir] embryo before implanting it into the artificial womb” through the use of the CRISPR-Cas 9 gene editing tool. This would create the opportunity to “fix any inherited genetic diseases that are part of your family history so that your baby and their offspring will live a healthy, comfortable life free of genetic diseases.” This may seem far-fetched; however, Al-Ghaili pointed out that CRISPR has already been used “to correct a genetic mutation in human embryos that is linked to a condition known as hypertrophic cardiomyopathy, which causes the heart muscle to thicken.”

According to Al-Ghaili, the EctoLife facility is also envisioned as making extensive use of artificial intelligence (AI), with one of its uses being to provide each baby with “custom nutrients tailored to their needs.” Another use of AI in the EctoLife concept would be to monitor “the physical features of your baby and report any potential abnormalities for deviations from normal gestation.”

EctoLife could also enable parents to experience what their baby sees and hears through the use of 360° cameras that are inside the artificial womb and are paired with a virtual reality headset. These cameras would also offer parents a constant video feed of their baby’s development, allowing parents to monitor their child’s progress on their smartphones.

Meanwhile, speakers could be used to play a wide range of words and music to the baby, mimicking the sounds that babies hear while in their mothers’ wombs. “Parents could even choose the playlist” or play their own voices, so their child gets more used to them,” Al-Ghaili said.

Once a baby reaches full maturity? According to the video, the birth process can be “done with just the push of a button,” which will cause the faux amniotic fluid to drain from the growth pod. The impact on humanity could be profound.

Each year, around 300,000 women die from pregnancy or complications shortly afterward. But that’s not all. “We know that the constraints of the human uterus and pelvis have acted as a brake on the size of the human brain and skull. If freed from the need to be ‘born’ in the normal way, we might open the way for a new evolutionary trajectory,” Dr. Anna Smajdor, Associate Professor of Practical Philosophy at the University of Oslo, noted in a previous interview.

Despite these potential benefits, the technologies that are presented in EctoLife will assuredly give some pause. But just how widespread are these moral misgivings?

The assistive reproduction technology, or ART, market is already large, and it is only getting larger. According to the American Society of Reproductive Medicine, the current cost of a single IVF cycle is $12,400, with the average couple spending $19,234. The largest market for IVF treatment is currently Europe, followed by the U.S. However, the fastest-growing market is the Asia-Pacific region. The market for IVF services is expected to grow to over $35 billion by 2030, while the market for IVF devices is expected to reach $10 billion by 2030.

Given these market conditions, it seems that a concept like EctoLife is all but inevitable.

In his play The Tempest, William Shakespeare wrote: “How beauteous mankind is! O brave new world, that has such people in ‘t!” Aldous Huxley used that phrase as the title of his 1932 dystopian novel Brave New World, which explored such themes as the dangers of genetic engineering and the use of technology to control society.

Al-Ghaili told Science and Stuff that he believes “we’re just a few short years away from creating a fully-functional EctoLife growth pod. As for other features like the haptic suit, VR live view, app connection to the pod, and AI-based monitoring system, these are standard technologies that already exist and are being used on a daily basis.” So, yes. In many ways, perhaps, we’re almost there. As Al-Ghaili notes, “It’s just about combining all this research work into a single invention, which is what my new concept does.”

If Al-Ghaili’s statements are correct — get ready, folks. Whether you like it or not, this brave new world will soon be upon us. 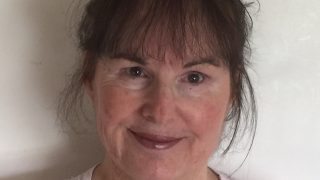 Marcia Wendorf
Marcia is a technical writer, author, and programmer. Prior to starting her writing career, she was a math instructor. She stays on top of worldwide news about science, government policies, finance, infrastructure, and medicine. She is always "sniffing the wind" for the latest trends and directions, and keeping her readers abreast of these developments.
You Might Also Like
Medicine

Being in Space Destroys Humans’ Blood

Yale Scientists May Have Uncovered the Root Cause of Alzheimer’s