If You Don’t Get Enough Sleep, Your Brain Literally Eats Itself

It’s no secret getting enough sleep goes far beyond simply replenishing our minds and energy levels. A new study suggests that lack of enough sleep can make the brain “eat itself”, as the cells that digest cellular debris go into “overdrive”.

Insufficient sleep has been linked to the development of some chronic diseases and conditions such as type 2 diabetes, obesity, cardiovascular disease, and depression. Now, a team of scientists has found that it could also make your brain eat itself, literally, according to a study published in the Journal of Neuroscience.

In the study, neuroscientists at Marche Polytechnic University in Italy examined four groups of mice. The first group slept for as long as they wanted. The second group was periodically woken up while the third stayed awake for an extra eight hours. The fourth group, however, was sleep-deprived for five days in a row, mimicking chronic sleep deprivation.

The team then examined two cells that play a huge role in the removal of toxic byproducts from the brain while we sleep: Microglia cells (ingest waste products from the nervous system), and astrocytes (prune unnecessary synapses to help rewire the brain).

“We show for the first time that portions of synapses are literally eaten by astrocytes because of sleep loss,” lead researcher and neuroscientist Michelle Bellesi told New Scientist.

Astrocyte activities are normal, healthy functions. Just as cells replace themselves in your body, neurons in the brain are constantly refreshing and replacing themselves as well. This process is called phagocytosis and occurs during sleep. It’s an essential process of keeping our brains healthy and removing wear and tear.

However, the findings of this study showed the process occurring at heightened levels in sleep-deprived mice. When this happens, the brain goes overboard, clearing out up to 13 percent more synapses than normal. This is more like the “brain eating itself”, according to the team.

Researchers also found microglia cells were active, but only in the sleep-deprived mice. They believe these findings suggest that “extended sleep disruption may prime microglia and perhaps predispose the brain to other forms of insult.”

While this may sound complicated, unchecked microglia priming has been linked to brain diseases, such as Alzheimer’s. Other studies have also linked sleep deprivation to onsets of dementia, and this could be the mechanism at work.

Despite these findings, many questions remain. For instance, it’s unclear whether getting more sleep could protect the brain. Could it also rescue the brain from the effects of a few sleepless nights? Next, the researchers aim to uncover the answers to these questions, as well as how long the effects of sleep deprivation last. 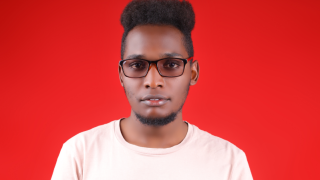 Joseph Muna
Joseph Muna is a journalist with more than five years of editorial experience. He enjoys writing about space, new tech, and the mysteries of the universe. Muna's work has been published in ThoughtNova and numerous other sites.
You Might Also Like
Science

Physicist Finally Managed to Measure the Most Important Value of Nature

Scientists Uncover Massive Turtles That Were Over 12-Feet Long

Mathematics Does Not Prohibit Traveling Back in Time