Twitter founder Jack Dorsey is creating a new social network that could rival Twitter, revealing his plans only days after Elon Musk, the world’s richest man, wrapped up the long-winded deal to acquire the microblogging site. Dorsey might have timed the announcement of his new platform “Bluesky” in perfect synchronization with Musk’s takeover, for thousands of Twitter users have expressed their displeasure with the South African taking over Twitter, something that could get Bluesky off to a flying start.

The platform under construction is called Bluesky as it “evokes a wide space of possibilities”, the company said in a Twitter post recently. It also announced that it was looking for people to register for beta testing in an effort to improve the site.

Bluesky will be powered by something referred to as Authenticated Transfer Protocol, or the “AT Protocol”. According to a company blog, the AT Protocol is a new “federated social network. It integrates ideas from the latest decentralized technologies into a simple, fast, and open network”. The company added that the AP protocol was a protocol for large-scale distributed social applications, while a federated network is a mechanism that allows servers to communicate with each other without any intermediary source — just like we have for our emails.

“Instead of one site running the network, you can have many sites. It means you get a choice of provider, and individuals and businesses can self-host if they want,” Bluesky explained on Twitter.

According to the company, users’ data will be free from governmental influence and controlled by users rather than commercialized by a corporation.

Bluesky said a diverse market of connected services was needed to ensure “healthy competition”. To help solve coordination challenges, the AT Protocol includes a schema-based interoperation framework called Lexicon. Lexicons are crucial to interoperability, the company said, adding that an open network like ATP needed a way to “agree on behaviors and semantics. Lexicon solves this while making it relatively simple for developers to introduce new schemas”.

Also, users’ online identities would not be owned by any corporation, as the AT Protocol could enable users to move accounts from one provider to another without losing any data.

With Jack Dorsey at the helm of affairs and some of the most sought-after tech talent getting together to build the next big social platform, things are certain to get exciting in the days ahead. Bluesky’s emergence is especially significant given the resentment many Twitter users have expressed with the way Musk is dealing with the microblogging site. They include many celebrities who have publicly announced quitting Twitter, and many of their followers are certain to follow suit.

On his part, Musk has claimed to make Twitter completely censor-free and put the power in the hands of users, just like Bluesky claims it would be doing.

But one thing is for certain, hundreds of thousands of users are significantly unhappy with many social platforms for over-commercializing their spaces, security breaches, and selling user data. Bluesky might appeal to this disgruntled segment of social media users well, and could see a monumental response to its promised offering.

For now, Bluesky is in an aggressive phase of development, beta testing, debugging, and fixing the service platform. They are actively recruiting top talent too.

Dorsey said at the launch of the project that “work must be done transparently in the open, not owned by any single private corporation, furthering the open and decentralized principles of the internet”. He later said the platform would be “a competitor to any company trying to own the underlying fundamentals for social media or the data of the people using it”.

Dorsey wants the internet to be free. Can’t wait to see if Bluesky is the messiah that takes users to the promised land of internet freedom. 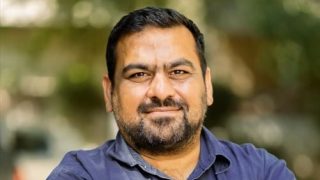 Azam Mahmood
Azam is an independent journalist with 15+ years of experience writing across various industries. His interests include music, scientific developments, woodworking, dogs, and automobiles.
You Might Also Like
Tech

Artificial Synapse Million Times Faster Than Ones in the Brain

Remote-Controlled Robots Approved to Kill Suspects in the US

This Tiny Projector Lets You Carry A Cinema in Your Pocket